Spruce Meadows, Canada - Scott Brash (GBR) has made history by becoming the first and only rider to win the three equestrian Majors consecutively, claiming the pinnacle of equestrian sporting achievement: the Rolex Grand Slam of Show Jumping title and a €1,000,000 bonus.

In a sport with top-level competition all year round, winning just one of the three Majors is a goal that motivates all riders. However, to dominate top sport consistently takes a truly unique horse and rider partnership – a legendary one that will remain etched in the annals of the sport.

Riding his formidable horse Hello Sanctos, Scott Brash started his Rolex Grand Slam of Show Jumping campaign by winning the Rolex Grand Prix at the greatest indoor show in the world, CHI Geneva in December 2014. In May 2015, he then went on to claim the Rolex Grand Prix at CHIO Aachen, the title to which every rider aspires. The final part of this Grand Slam challenge came with his third victory in the CP International presented by Rolex during the Spruce Meadows ‘Masters’.

The build-up to the grand prix was dominated by warm weather and a buzz of excitement from the large crowd who knew they could be watching history being made. But conditions changed on the day of the CP International presented by Rolex and the riders were faced with wet conditions and a drop in temperature. Forty horse and rider combinations started the competition with twelve going through to the second round. As Scott Brash had posted the fastest time in the opening round, he had the benefit of watching his fellow competitors jump round what course designer Leopoldo Palacios described as "the biggest course on the circuit".

The tension inside the Spruce Meadows International ring was electric as the huge crowd went silent each time a new partnership entered. Poles dropped and faults accumulated, and for a while it appeared that a single time fault from Brazil's Pedro Veniss and the 2013 Grand Prix winner, Pieter Devos, would be enough to take them into a jump-off. With Scott Brash the last to go, he knew that a clear round would win him the Rolex Grand Slam of Show Jumping and the record bonus.

As he has done on so many previous occasions riding Hello Sanctos, he rose majestically to the challenge and went clear barely touching a pole throughout his winning round.

Scott Brash said, “Winning one of the equestrian Majors was an incredible achievement, to win two was a dream come true, but to go on and complete the Rolex Grand Slam of Show Jumping is beyond belief. I have a very special horse in Hello Sanctos, and some amazingly supportive owners in Lord & Lady Harris, and Lord & Lady Kirkham. This close partnership has enabled Hello Sanctos and myself to achieve success that will never be forgotten, and I would like to thank all those who have played a part in making this happen.”

The Rolex Grand Slam of Show Jumping was launched in 2013 by the three Majors as the ultimate challenge in equestrian sport. The shows have a natural synergy and a mutual respect for their respective achievements and heritage.  Select riders, including Rolex Testimonees Rodrigo Pessoa and Eric Lamaze, have won all three Majors; however, this is the first time it has been achieved consecutively.

Arnaud Boetsch, Communications & Image Director of Rolex SA, said, “On behalf of Rolex, we would like to congratulate Scott Brash on winning the Rolex Grand Slam of Show Jumping, the ultimate prize in equestrian sport.

“In winning this unparalleled challenge, Scott Brash has proven that he is the one of the finest riders of his generation. His achievement will go down as one of the most remarkable in the history of the sport, and will be talked about for years to come.”

Celebrating its 40th Anniversary, the Spruce Meadows 'Masters' enjoyed record crowds throughout the week with over 85,000 people coming through the turnstiles on Saturday when temperatures hit 30 degrees centigrade. Founded by Ron and Margaret Southern, the tournament grounds maintain a close link with the local Calgary community and sells many of its admission tickets for $5, giving families who enjoy equestrian sport the opportunity to watch world class action throughout the spring and summer. 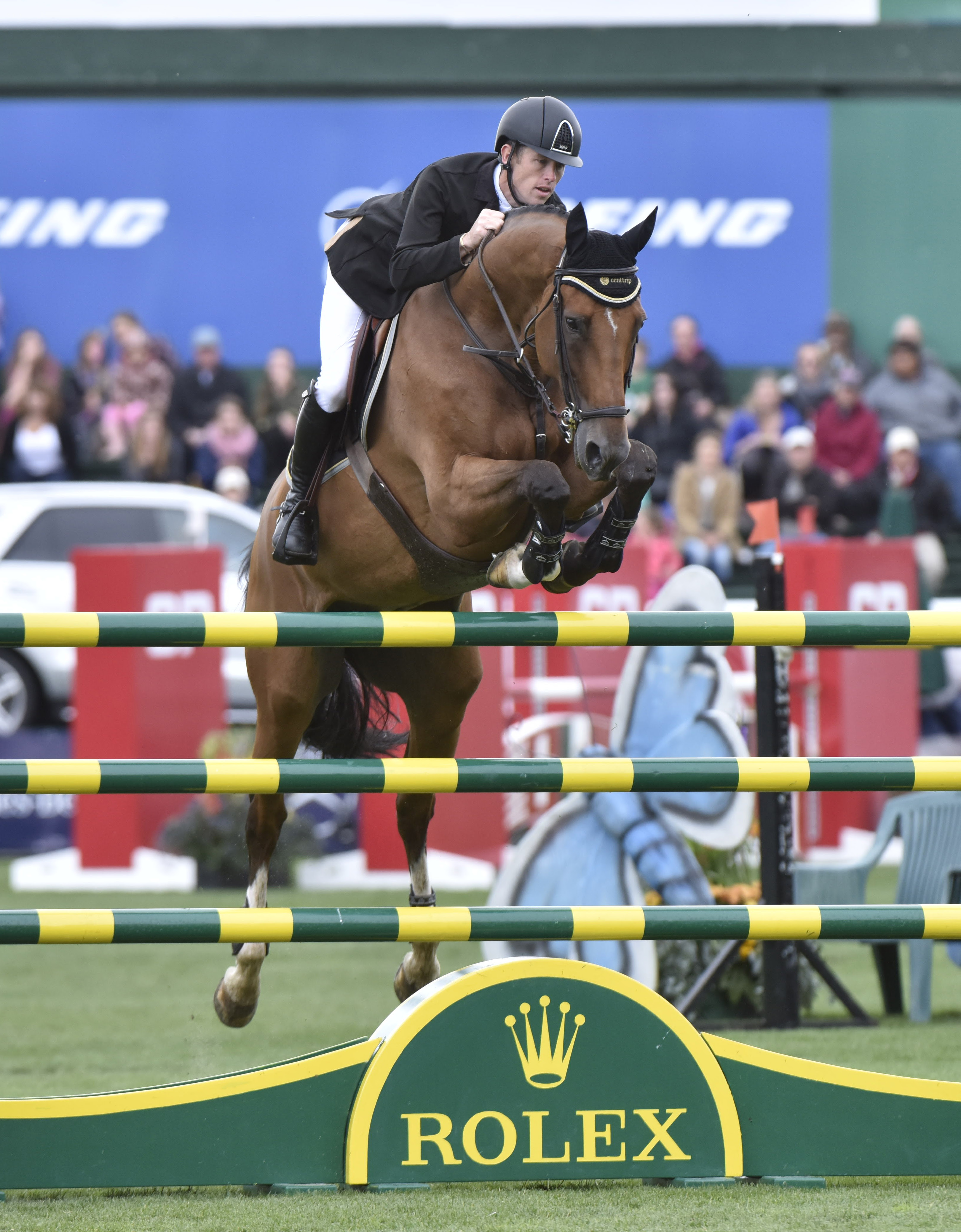 Championship favourites Brash, Diniz and Bengtsson to compete in Vienna