The ‘‘Sport of the Kings and King of Sports’’ is back in Gstaad, at Saanen Airport, from August 22nd to 25th for four glamorous days dedicated to the oldest team sport: the Hublot Polo Gold Cup Gstaad!

Today, the ‘‘kings’’ of this sport, are not the English princes or maharajas anymore, but real athletes, mostly Argentineans, who go through a rigorous physical and technical training in order to play a high-level polo tournament like the Hublot Polo Gold Cup Gstaad. But aren’t the real kings of this sport actually the horses? They are the first polo athletes, raised and selected since the beginning of the last century (still in Argentina) to become the best accomplices, even the ''legs'' of their riders. Lively, intelligent, playful, fast, tough, brave, these equine “rugby players” are very endearing horses.

The player has hardly thought of an action that his horse answers and sometimes even anticipates as it knows perfectly the game and its rider. Sometimes also called ‘‘ponies’’, they adapt to all the conditions and therefore to the altitude of 1000m of this highest summer tournament in the world.

Almost a hundred of these little horses will establish their camp for a week on the grounds of Saanen airport to help the sixteen players of the four teams who dream of winning this coveted trophy of the international polo circuit. Three teams, Clinique La Prairie, Gstaad Palace and Hublot will try to overthrow the one of Banque Eric Sturdza and his Swiss captain, Cedric Schweri, unbeatable since he won his first title in 2017: ‘‘Well, I wouldn’t say that the Hublot Polo Gold Cup is my only goal of the season, but it’s one of my favorite tournaments since it’s the most important one in Switzerland and, of course, as a Swiss player, I am honored to be a participant. I’m as ready as I can be; I mean it would be amazing to win for the third time”. He will count this year on the Brazilian Novaes brothers to win a new victory in this new edition.

Remembering the final 2018 won on a knife edge by the team Banque Eric Sturdza after an incredible ‘‘remontada’’ when Cedric Schweri and his team were led by three goals, it looks like, once again, it will not be easy for the Swiss captain even though his combativeness got the upper hand. The competition will be strong. The Swiss captains of Clinique La Prairie, Piero Dillier and Andy Bihrer, for example, have called on Lucas Labat, the Argentinian handicap 6 player, who is playing at the highest level on all continents. Julio Novillo Astrada (h7), who is said in his country that he is certainly the strongest player of this renowned family who won the prestigious Argentinean Open, will return to Gstaad for Team Hublot and American Captain Marco Maximilian Elser. As for the captain of the Gstaad Palace team, Gerardo Cosentino of Liechtenstein, he will introduce three new Argentinean players to the cosmopolitan public of Gstaad, including handicap 6 Franco Gai.

Beyond this thrilling sport - and all the more spectacular in Gstaad on a field close to the public - the Hublot Polo Gold Cup Gstaad is a unique experience in the Swiss sports calendar that goes beyond the competition: a stunning setting of greenery, on an by alpine peaks surrounded airport that becomes a polo club for a single weekend, a rare proximity with players and horses, a VIP village and exhibitors with original luxury products to discover, a friendly atmosphere, a public dining area, a playground for children and, on Friday, a picturesque animation in the streets of Gstaad with the parade of teams. A different way to live high level polo! 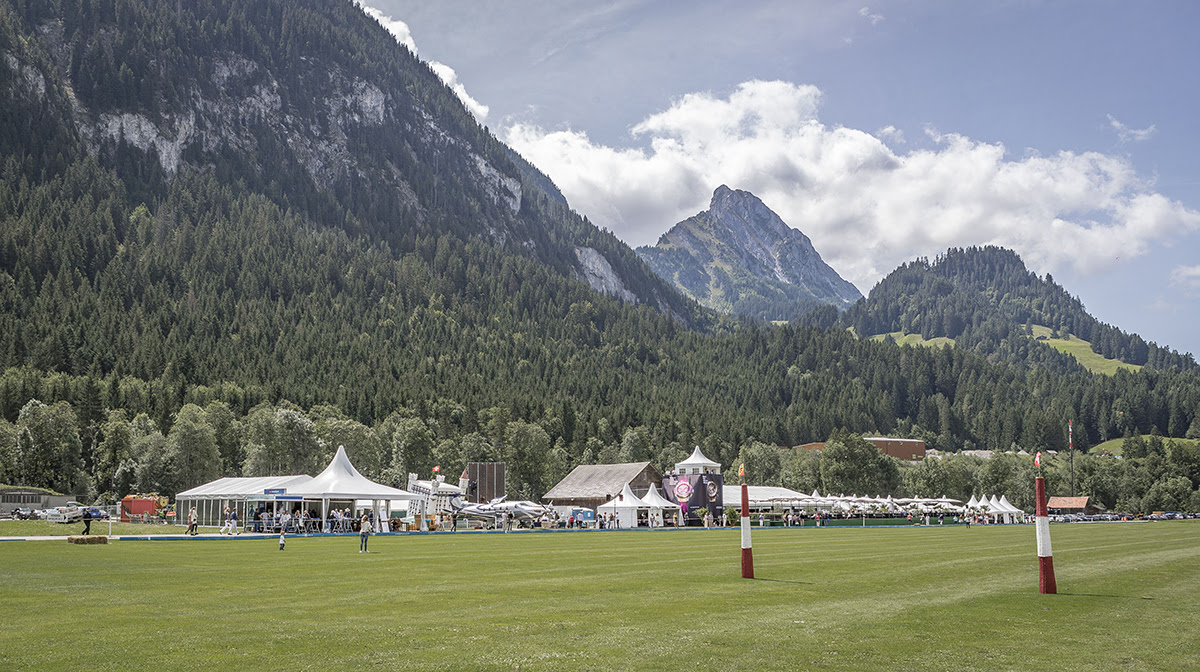