Photo (s): © HT & CHI Al Shaqab
(No part of this article may be copied or reproduced in any form without the permission of HT)

By Khaled Assem
Photo: © HT & CHI Al Shaqab
(No part of this article may be copied or reproduced in any form without the permission of HT)

HT WAS INVITED TO COVER CHI AL SHAQAB FROM MARCH 27TH TILL THE 30TH 2013 IN DOHA. HAVING BEEN TO QATAR SEVERAL TIMES, I HAD NO DOUBTS ABOUT THE ORGANISATION THE QATARIS WOULD HAVE IN PLACE FOR THE EVENT. BUT UPON WALKING INTO AL SHAQAB, MY FIRST IMPRESSION WAS SIMPLY “WOW”! WHAT A STRUCTURE WITH AMAZING STATE-OF-THE-ART DESIGN AND ENGINEERING, AND WHAT PRECISION AND EYE FOR DETAIL! A FACILITY FIT FOR THE MIDDLE EAST’S FIRST CHI EVENT.

During the competitions before the Grand Prix, media personnel were invited to see the facilities at Al Shaqab, including the hospital, the pools, the walkers, and the boxes - and again, the experience was simply amazing. I asked myself “why” build this facility to such a standard that is beyond any such facilities in Europe and the Middle East, to be found maybe only in the USA, and even that is doubtful. That question kept occupying my mind until I realised the answer was simple, “vision”. The amazing Al Shaqab complex is neither about today nor about the next few years; it is about Qatar’s cultural heritage with an eye on the future, the 2023 World Equestrian Games. It is about possibility and hope. Here is our report about the event, the facilities, and the winners.

Arab horses have such a strong presence in Qatari tradition and CHI Al Shaqab, the first festival of its kind in the Middle East and Asia, was born from this tradition. Both national and international equestrians gathered in Doha to take part in this exciting and historical event, under the patronage of His Excellency Sheikh Mohammed bin Hamad Al Thani and Her Excellency Sheikha Mayassa bint Hamad Al Thani. The festival was also supported by the Qatar Foundation. The “vision” of Al Shaqab is to build on Qatar’s heritage with the Arabian horse to be a leading global centre for equine professionals and provide an engaging experience for the community. Its mission is to be global leaders in preserving, improving and promoting the Arabian horse breed through setting the highest standard in breeding, show, equestrian arts and equine welfare, and encouraging community participation.

The Director of Al Shaqab, Fahad Al Qahtani, described the idea and the mission of Al Shaqab and this important event: “His Highness Sheikh Hamad bin Khalifa Al Thani, Emir of Qatar, established Al Shaqab in 1992 to enjoy his passion for Arabian horses, to honour courageous horses ridden by victorious Qatari knights of the past, and to ensure this noble breed would continue to play a leading role in the cultural heritage of the Qatari people.

“Today we can proudly state that Al Shaqab has grown beyond this vision and is about to become a true landmark for equine passion and equestrian success. Under the patronage of His Excellency Sheikh Mohammed bin Hamad Al Thani and Her Excellency Sheikha Mayassa bint Hamad Al Thani, and in cooperation with Qatar Foundation, CHI Al Shaqab 2013 will put Qatar on the map of world class equestrianism.

“We want to share our pride and invite all generations of the community to marvel at the excitement of equine sports, and encourage everyone to enjoy the competitions and family activities.

“The event shall engage, inspire and educate the community about the fascinating variety of horsemanship – another keystone in Al Shaqab’s mission to establish itself as a global leader in breeding and show, equestrian arts and equine welfare.”

Many of the world’s most prestigious equestrian venues are identifiable by their unique locations, from the magical backdrop of Port d’Hercule in Monte Carlo to the glitzy and glamorous streetscape of Cannes. But Al Shaqab adds something new to the mix – an equine facility so out of the ordinary that it looks set to redefine equestrianism, as it establishes itself as a premier destination for international events.

Vision, foresight and a passion to preserve the heritage of the Arabian horse in Qatar led His Highness the Emir Sheikh Hamad bin Khalifa Al Thani to establish Al Shaqab in 1992. In honour of his ancestor, Sheikh Jassim bin Mohammed Al Thani, he established the Arabian breeding farm at the landmark Al Shaqab battle site where more than a century ago the Bedouins fought a pivotal battle that led to Qatar’s independence.

In 2004, Al Shaqab became a member of Qatar Foundation for Education, Science and Community Development, with the mission to promote the highest standards in breeding and showing of Arabian horses and provide innovative, educational and competitive opportunities in all of the equestrian areas.
Now, just over two decades later, the country’s reputation as a global sports destination is burgeoning, thanks in part to Al Shaqab, which has been developed into a major international equestrian facility encompassing multiple equine disciplines and CHI Al Shaqab 2013 bears testimony to the success of this mission.

The 100 by 60-metre indoor arena is the centrepiece of the stunning 980,000 square metre horseshoe-shaped complex. It is within this fully air-conditioned, approximately 6,000 seat stadium that the world’s finest dressage riders converged to battle it out for glory over four days of world-class competition.

Al Shaqab has many other distinctive architectural elements including a central water feature and abundant green areas. The expansive outdoor arena, which measures 120 by 80 metres, is adjacent to the indoor ring and is semi-roofed. Also nearby is a 17,000 square metre spectator plaza, which has been designed with families in mind.

On a day-to-day basis, Al Shaqab is home to a riding academy, equipped with the infrastructure to teach all levels of rider, from beginner to national team level. Also on site is a state-of-the art equine hospital, clinic and laboratory, providing unparalleled veterinary care to horses from Qatar and beyond. There is a separate breeding unit comprising 142 air-conditioned stables, ancillary service units, and paddocks for stallions, brood mares, young stock and foals. Additionally, there are separate stable blocks for the competing dressage, show jumping and endurance horses.

Across the way is an air-conditioned, equine hydrotherapy and exercise unit; the ultimate equine gym. Horses are exercised on the large, spacious horse walker, while cleverly enclosed within the centre is an integral lunging unit. A swimming pool, equine Jacuzzi and dry treadmill also feature in the complex.
And it is not only the horses that are afforded five-star treatment. There is en-suite accommodation for competitors and attendant grooms with communal lounge and dining areas, a meeting room and parking.

CHI AND THE DEVELOPMENT OF THE CHI AL SHAQAB FESTIVAL:

As a CHI international equestrian event, Al Shaqab hosted competitions in three disciplines over four days, including show jumping, dressage and endurance. The preparations, overseen by the CHI Al Shaqab Local Organising Committee, headed by Al Shaqab Director and CHI Al Shaqab President Fahad bin Saad Al Qahtani, included setting the stage for the hosting of approximately 200 horses in Al Shaqab’s stables, and over 5,000 spectators in its stands. Omar Al Mannai, CHI Al Shaqab 2013 Event Director said, “We are simply thrilled at the sheer number of riders, officials and horses that we hosted. As the first international equestrian event in the region of this calibre, we are proud that so many globally renowned riders entered our arena.”“We are confident that Al Shaqab provided CHI’s riders and their horses with an experience that exceeds their expectations,” he added.

In addition to competition preparations, the spectator plaza, designed to celebrate Qatar’s rich heritage in equine culture and sport, informed and entertained the members of the public. The enormous 17,000 square metre plaza featured an array of family-orientated activities, including a fashion exhibition and trade market, a dedicated ‘kids zone’, a food court with several different kinds of cuisine, a Williams F1 simulator, and a multitude of cultural presentations and events. All very ambitious, but pulled off without a hitch, a remarkable and laudable achievement.

AND THE WINNERS ARE: 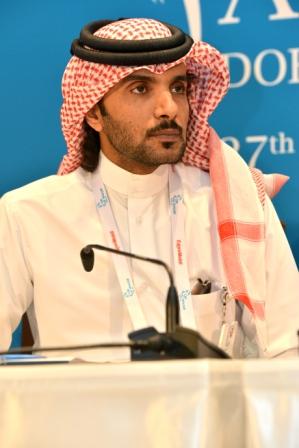 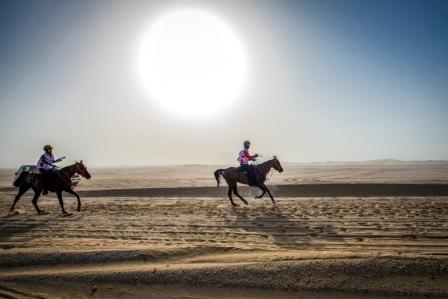