The program of this international event is characterized by the organization of a conference of the Arabian Traditional Horse Races Club; a seminar of the Arabian Horse Organization which will discuss issues that are very significant for the Arab breeder. It is also characterized by the organization of the third edition of the Cup of Arab Breeders of Purebred Arabian Horses, in which will participate arab horses that have been qualified during the  Moroccan Arab Horse Breeders’ Cup (organized during the last edition of the Salon du Cheval d’El Jadida). The program also includes competitions in Arabian Horses Dressage, equestrian games and horse jumping. Concurrently, there will also be competitions of endurance in accordance with the new laws set by H.H. Sheikh Sultan Ben Zayed Al Nahyan, in addition to a special scientific seminar about this sport.

In addition to Morocco and UAE, eight countries will participate in this edition, Egypt, Sudan, Qatar, Saudi Arabia, the Sultanate of Oman. This event also hosts an elite of international figures of the field of horse breeding and equestrian sports from America, Brazil, Russia, Sweden, Denmark, Argentina, Belgium, Turkey, Australia and England. It is also characterized by a wide Arab and global media coverage. 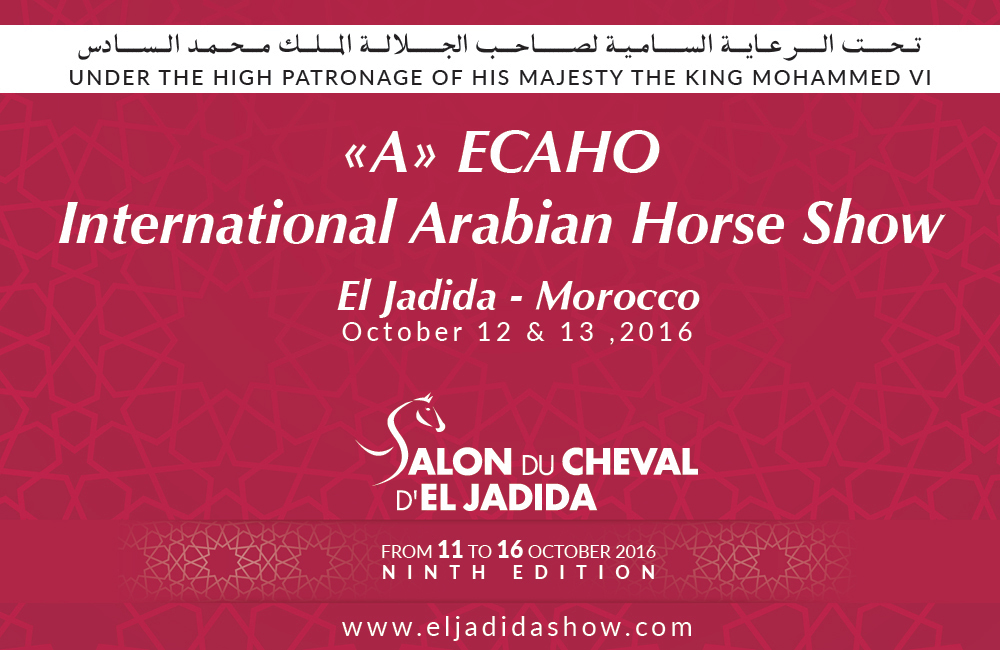